States are increasingly employing the hegemonic discourse of “terror” to justify collective punishment, the dehumanisation of perceived enemies and the discrimination against communities based on their race or religion, as well as to deny political rights to oppressed groups. In nearly every context, this imagined war on “terror” promotes repressive nationalist projects that either directly or indirectly benefit the interests of Zionism and American empire.

As lawyer Jonathan Turley recently argued in Al-Jazeera English, the US-led war on “terror” has created a vast industry linking American foreign policy together with multinational corporations and a growing government bureaucracy that sustains the US economy by employing millions. Turley notes that: “The core of this expanding complex is an axis of influence of corporations, lobbyists, and agencies that have created a massive, self-sustaining terror-based industry.”

Furthermore, the US has exported its discourse of “terror” so successfully that both allies and foes alike are now embracing the hegemonic framework, ultimately empowering this neoliberal axis of elites who financially benefit from the world being in a perpetual state of war.

As a product of empire myself, I cannot help thinking that it is a mad world indeed when those who my country has labelled terrorists in order to unfairly criminalise, murder and oppress them suddenly start ascribing others with the same label. Although we all know that the war on “terror” can never be won by force, we seem to have forgotten that empire still profits from waging it.

In fact, the globalisation of the war on “terror” illustrates that empire is winning. It is not a coincidence that at around the same time neoliberalism was recognised to be unsustainable without the use of force, the discourse of “terror” concurrently emerged to justify perpetual violence. Scholar Mahmood Mamdani and filmmaker Adam Curtis have both convincingly demonstrated that empire financed and supported yesterday the fighters it calls terrorists today.

While the concept of terrorism is not new, it has been dramatically altered in recent years. The modern notion of terror actually emerged during the events surrounding the French Revolution (1789-99), when perceived enemies of the rebellion were killed in the thousands in what came to be known as the “Reign of Terror”. Maximilien de Robespierre, one of the leaders of the revolution and an architect of the ensuing terror, explained to his peers that: “If the basis of a popular government in peacetime is virtue, its basis in a time of revolution is virtue and terror – virtue, without which terror would be barbaric; and terror, without which virtue would be impotent.”

According to Robespierre, what differentiates terror from barbarism is that the former is inherently political in nature. Terrorist violence is committed to achieving a particular political objective. In the case of the French Revolution, the revolutionary government terrorised reactionaries and the people more generally with the aim to re-imagine and re-structure radically contemporary French society and culture in the name of liberty and equality, however brutal the intermediate results.

In the following two centuries, authoritarian states and revolutionary movements both practiced terror to achieve political ends that ranged from emancipatory to fascist.
It is precisely this political nature that today’s hegemonic discourse of “terror” seeks to erase, and the dominant politics that are being denied belong to Muslim voices. Although the war on “terror” was a concept popularised by the US to justify the invasion of Muslim lands and the denial of Muslims’ rights after the 11 September 2011 attacks, the war on “terror” is a strategy that has also been embraced by Russia in its brutal campaign against Chechens fighting for independence, as well as Arab autocrats in their fierce crackdown against the recent wave of democratic uprisings.

The contemporary discourse of “terror” forces all patriots and good citizens to support the state’s war against a shadowy menace or risk being labelled a terrorist oneself, especially if said person has brown skin or is a Muslim in the West, or supports an Islamist politics elsewhere. There is no chance for raising any reasonable objections to this war because the terrorists are portrayed as depoliticised monsters. As writer Hamzah Saif points out, when terrorist violence is reduced to pathology, it becomes “a phenomenon as devoid of history and politics as a pernicious virus”.

The fact that those who resisted empire in the past have suddenly decided to embrace the hegemonic discourse of “terror” today raises serious questions about the current state of resistance. Even though American empire is undoubtedly crumbing, those once vying for a new hegemony are now paradoxically sustaining its power by adopting a “terror” framework that reinforces the fascist tendencies of nationalism. When the nation is militantly defined as something exclusive, while at the same time the terrorist enemy is universalised, this only ends up factionalising the global struggle to realise a more just world, and to the benefit of the neoliberal axis of elites.

Poet Ralph Waldo Emerson once observed that, “When a whole nation is roaring Patriotism at the top of its voice, I am fain to explore the cleanness of its hands and purity of its heart.” Indeed, every day human morality and ethical principles are being undermined in the name of patriotism. In the US and UK, social welfare programmes have been slashed while surveillance budgets have skyrocketed. The state no longer exists for the people, but for the preservation of the state.

In Egypt, the regime’s preference for consolidating state power through waging a war on “terror” is hardly new; however, in recent months it has reached a fever pitch. Ever since the 3 July military coup that ousted Egypt’s first ever democratically elected government, the Egyptian authorities have demonised the Muslim Brotherhood and conflated the movement with Islamic extremists in an effort to undermine the Brotherhood’s rightful claim to democratic legitimacy.

The military regime has not only designated the Muslim Brotherhood a terrorist organisation, without any supporting evidence, but also criminalised opposition media, protests, students and university professors who merely voice support for anti-coup protests and possibly even those journalists who dare to interview Brotherhood members. The campaign is so surreal that the judiciary has even taken seriously the prospect that a puppet could be a terrorist.

In fact, Egypt’s hyper militarised war on “terror” is increasingly similar to the campaign that Israel has been waging against the Palestinians. Perhaps this has something to do with the $1.3 billion and $3 billion these two countries respectively receive in military aid from the US, aid that is secured by lobbyists and purchased through US corporations, key parts of the “terror” industry axis.

In Israel, scholar Meira Weiss argues that, “Israeli nationalism is constructed upon the body, with the body as a literal and metaphoric vehicle for collective fears, hopes and commitments.” The body becomes a metaphor for the purity of the state, justifying the cleansing of unwanted elements.

For example, after Hamas won democratic elections in 2006, the head of the Likud Party, Benjamin Netanyahu, told Ynetnews that the Islamist movement is a “cancer” in the body that “has to be contained and reduced, not expanded. Otherwise, the entire country will be in danger.” Last summer, Israel’s Minister of Foreign Affairs Avigdor Lieberman threatened to occupy “all of the [Gaza] Strip and [carry] out a serious cleansing”, as reported by Al-Akhbar English.

Of course, this metaphor of the body has historical roots. The fascist Italian dictator Benito Mussolini once referred to the persecution of state opponents as “social hygiene, taking those individuals out of circulation like a doctor would take out a bacillus (bacteria).”

After the military coup in Egypt, the self-styled revolutionary movement Tamarod adopted a similar language. According to the Christian Science Monitor, the movement’s leaders declared their support for the military’s “war against terrorism and cleansing the land of Egypt”.

However, most “terror” metaphors in Egypt are not yet about the body, because the Muslim Brotherhood must first be established as external to the nation before arguing for its removal.

During the referendum on the new Egyptian constitution, Ismael Al-Shazly, an architect from Cairo, told the Huffington Post that he was voting “yes” to reclaim Egypt after it had been “kidnapped by the Muslim Brotherhood”. Unhappy that the party had repeatedly been victorious in democratic elections, he insisted: “We want our country back”, suggesting that members of the Brotherhood are not Egyptians. Where did he get this idea? According to Time magazine, posters advertising the vote told Egyptians that the country “was liberated on 30 June”, as if from a foreign power.

Egyptian authorities clearly aim to portray the Muslim Brotherhood as external to the nation because Egypt is now expected to undergo a “democratic transition” and yet the movement remains extremely popular. To help de-Egyptianise the Brotherhood, the authorities are not only connecting the movement with outside interests, but also, according to Reuters, determined to eradicate its regional allies. The news agency quoted one senior security official saying that: “We cannot get liberated from the terrorism of the Brotherhood in Egypt without ending it in Gaza, which lies on our borders,” of course referring to Hamas. The official added that the members of both movements “are terrorists and no country [can] develop with terrorists in or around it.”

In other words, since these movements are determined to resist the oppressive military regime in Egypt and the occupying forces in Palestine, they are considered terrorists.
Alas, even those who nobly resisted empire in the past are endorsing the “terror” industry today. The Syrian regime’s conflation of all those opposing its rule with the most extreme Islamic militants among their ranks, who many Syrians believe have hijacked their uprising, is now having tragic global consequences similar to the US war on “terror”. Fascist national movements in Europe have been using the regime’s “terror’ discourse against Syrian refugees who are fleeing the brutal civil war.

As the New York Times recently reported, Syrian refugees in Bulgaria are being viciously dehumanised by the Bulgarian nationalist party Ataka, which means attack. Leaders of the party have “denounced Syrian refugees as terrorists whom Bulgaria, the European Union’s poorest nation, must expel. An Ataka member of Parliament has reviled them as ‘terrible, despicable primates’.”

The newspaper also quotes a parliamentarian for Ataka who claims that these Syrians “are not refugees [at all]; they are terrorists”. The reporter adds that: “She has also called them ‘savages’, ‘scum’, and ‘mass murderers’. She compared them to monkeys.”
Furthermore, the Syrian authorities even leaked to the international media last week that they have been meeting with Western intelligence agencies to discuss the new “terror” threat that faces both the Syrian regime and the West, thus legitimising the US-led war on “terror”.

Meanwhile, the New York Times noted in another article that the Israeli security establishment increasingly believes that the enemy of the current Syrian regime is more dangerous than the regime itself. The occupation authorities are extremely worried by the presence of Islamic fighters in the region, particularly in Syria and Iraq, and Israeli leaders are using the militant threat “to bolster their case for a long-term military presence in the [occupied] Jordan Valley”.

Are any of us really surprised?
The views expressed in this article belong to the author and do not necessarily reflect the editorial policy of Middle East Monitor. 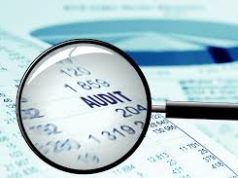 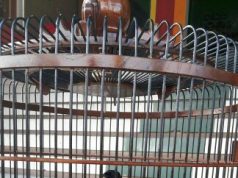 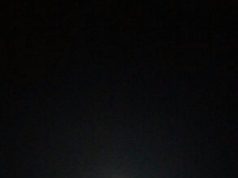