hardiwinoto.com – Inflation is consistently on the list of America’s greatest worries. That, at least, is the message conveyed by public-opinion polls. Nearly two thirds of the person surveyed by the Gallup poll in 1981 said that the cost of living was the most serious problem (economic or otherwise) confronting the nation. Nearly 90 percent of those interviewed believed that prices would rise at a faster rate in the year ahead. In fact, the inflation rate fell dramatically in 1982, to its lowest level in ten years. But the fear of inflation hardly abated. In 1982 inflation was still at the top of our collective worry list.

The same thing happened in 1986-1987. In 1986 the rate of inflation dipped to its lowest level in twenty years. But over half of the American public feared that rapid inflation would soon return. Indeed, in virtually every major public-opinion poll since 1940, Americans have expressed and overriding fear of inflation.

It is difficult to explain this great fear of inflation in terms of our historical experiences. By international standard the U.S. economy has experienced relatively low rates of inflation. From 1980 to 1986, the U.S. inflation rate average 6.1 percent-far below the inflation rates of Argentina (342.8 percent), Israel (196.3 percent), Mexico (62.2 percent), French (9.5 percent), and most other countries. Moreover, only once – end then only briefly – have we experienced really extreme inflation. That was during the revolutionary war (1775-83), when prices more than double in single year. Others countries –including Germany in the 1920s and Hungary and China in the 1940s- have experienced much worse hyperinflation, with prices actually doubling every week.

Despite our comparatively mild experiences with inflation, fear of rising prices has had a major influence on U.S. economic policy. Every American president since Franklin Roosevelt has expressed a determination to keep prices from rising. Moreover, successive administrations have been willing to sacrifice other economic goals (e.g., full employment) to ensure price stability.

The purpose of this chapter is to examine the nature of inflation. Specifically, 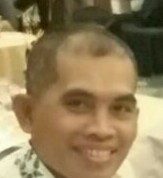 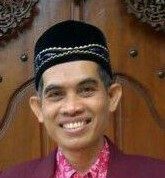